California police may not immediately pull over a motorist in traffic unless that police officer has “probable cause” to make the stop. Without good reason and probable cause, no traffic stop or arrest can legally be made – in most cases. However, sobriety checkpoints, or “DUI” checkpoints, are an exception to that rule.

DUI checkpoints are legal in the state of California, and police departments in this state occasionally conduct checkpoints on selected holidays, weekends, and for large sports and music events. 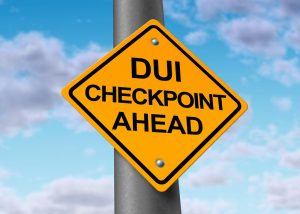 How do DUI checkpoints operate? “Notification” is the 1st step. Police agencies must make a reasonable effort to inform motorists when and where sobriety checkpoints will be set up. Details are usually posted on police department websites and shared with radio and TV stations and newspapers.

Informing drivers ahead of time is one of the reasons why DUI checkpoints are legal. The publicity, at least in theory, allows motorists to avoid checkpoints entirely, so those who encounter a checkpoint could have taken another route.

How are the Times and Locations Selected?

The times and locations of DUI checkpoints are decided by police administrators and are supposed to be based on factors such as:

Police have devised several ways to conduct DUI checkpoints fairly for motorists. Theoretically, every driver who passes through a checkpoint may be stopped, but the police will typically use a system like stopping every 4th driver or stopping only drivers who have odd-numbered license plates.

Can You Drive Away From a DUI Checkpoint?

Even if you are stopped at a DUI checkpoint, the police still need to have a reasonable belief that you are intoxicated in order to detain you. That reasonable belief could be based on the odor of alcohol or marijuana on a motorist’s breath, slurred speech, or visible empty bottles or cans.

What You Should Do

Law enforcement officers at DUI checkpoints may ask for your license, registration, and proof of insurance. Here’s what you need to do if you are stopped at a DUI checkpoint:

If the officer who stops you at a DUI checkpoint believes that you may be impaired – because he or she smells alcohol or marijuana, see empty containers, or has other evidence that you’re intoxicated – the officer may ask you to blow into a breathalyzer or to take a field sobriety test.

Are you Required To Take Any Tests?

In the state of California, if a police officer asks you to take a DUI test, you are required to comply if:

How Can You Avoid a DUI Arrest?

Some drivers in California pay close attention to the publicity about upcoming DUI checkpoints, but there’s a better way to stay out of legal trouble for driving under the influence. It’s the same advice that you’ve heard many times. Don’t drink and drive.

Should you plan to enjoy drinks away from home, use Lyft or Uber, call a limo or a taxi, arrange to stay overnight on a friend’s sofa, or name someone who’s trustworthy as a designated driver.

But if you make a mistake or a poor judgment call – or if you’re wrongly charged with driving under the influence in Southern California, but you’re innocent – it’s imperative to get legal help at once. You must contact a skilled DUI attorney.

DUI penalties can be harsh in this state. An experienced Orange County DUI lawyer will fight aggressively on your behalf and bring your DUI case to its best possible conclusion, but if you are charged with DUI now or in the future, it is up to you to take the first step and make the call. Contact the Law Offices of Randall C. Bertz at (714) 960-8309.