What is Drugged Driving?

All forms of intoxicated driving are against the law in California, whether a motorist is impaired from alcohol, marijuana, an illegal substance, over-the-counter, or legal prescription drug. Unlike the breathalyzer devices used to measure alcohol intoxication, there is no other suitable and convenient device that allows law enforcement officers test motorists who are highly suspected of driving under the influence of drugs (DUID). Due to these challenging circumstances, it makes it difficult to prove that a motorist is guilty of “drugged driving.”

When a police officer in California stops a motorist in traffic and suspects that the driver is under the influence of alcohol or drugs, the officer may call for a Drug Recognition Evaluator, or DRE, to be sent to the traffic stop location. DRE’s are police officers with special advanced training that helps that to recognize drivers who may be impaired by drugs other than alcohol.

What Does the Drug Recognition Evaluator (DRE) Do?

In the state of California, when a Drug Recognition Evaluator responds to another police officer’s call, a drug evaluation is immediately conducted. The DRE will check the suspect’s pulse rate, blood alcohol content level, conduct an eye exam, administer a field sobriety test, interrogate the suspect, and may conduct other various tests and procedures to determine if a driver is driving under the influence of drugs. If a DRE determines that the suspected motorist is driving under the influence of drugs, that driver will be taken into custody, charged with a DUID, and subjected to further examination. 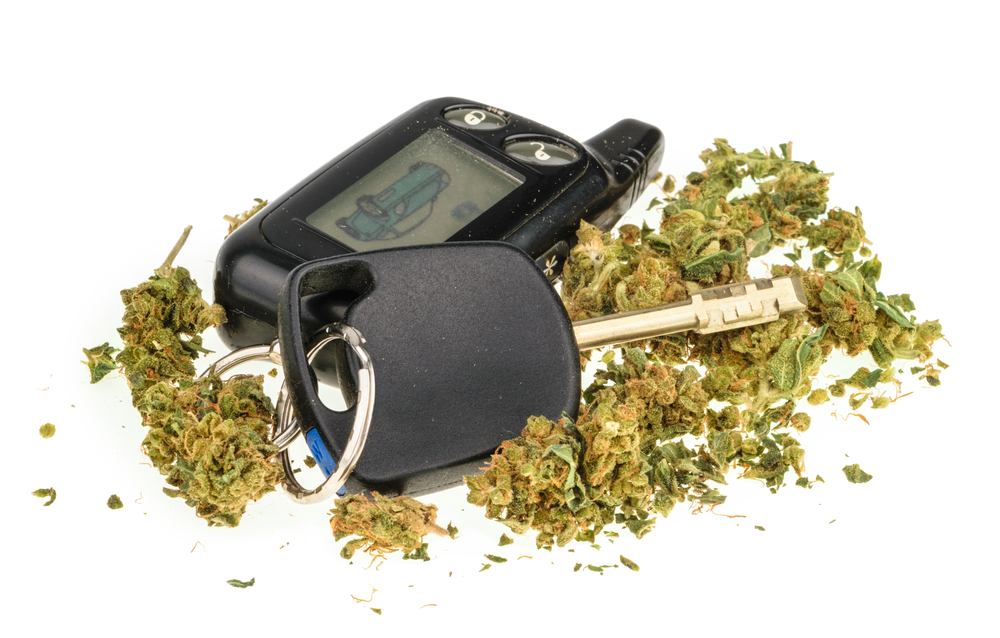 Aside from alcohol, marijuana is the drug most commonly involved in DUID cases. A DRE is trained specifically to detect the signs that someone is impaired by marijuana. Signs include an elevated blood pressure, elevated pulse rate, dilated eyes, the smell of marijuana, dehydration, and short-term memory impairment. If a DUID case goes to trial, the Drug Recognition Evaluator will testify for the prosecution, and the defendant will need the legal counsel and services of an experienced Orange County DUID lawyer. Only an experienced and sharp DUID lawyer will be able to cast doubt on a trained and DRE’s conclusions and testimony.

The best plan is simply to not drink or consume any other drug before driving. Even legal over-the-counter and prescription medicines can impair one’s driving ability, and merely having a prescription from a doctor to use marijuana or any other drug is not a defense against a DUID charge in California. The penalties for a California DUID conviction are the same as the penalties for driving under the influence of alcohol (DUI).

For a first-offense DUID, the charge is usually a misdemeanor unless there are aggravating circumstances. The sentence for those convicted of first-offense DUID is a fine plus penalty assessments, up to 6 months in jail, up to 5 years on probation, a 6-month driver’s license suspension, and mandatory attendance at a DUI school or completion of a drug treatment program. Subsequent convictions, as you might suspect, are punished more harshly.

Urine and blood tests can tell us that a motorist has or hasn’t used marijuana, but what those tests can’t tell us is whether a driver consumed marijuana an hour ago and is still high, or consumed marijuana a week ago and is utterly sober. That doesn’t mean that marijuana isn’t dangerous when you’re driving – it absolutely is. US News reports that the number of traffic fatalities in accidents linked to marijuana use in the U.S. has tripled in just the last decade. As marijuana is becoming decriminalized, more people are driving while high, and in California today, one out of nine drivers on average – on any street at any time – will test positive for marijuana.

What Drugs are Involved in DUID Cases?

Marijuana is not, of course, the only concern. Substances such as cocaine, heroin, hydrocodone, and PCP, as well as over-the-counter medicines like Benadryl and Nexium, can also impair a motorist’s driving ability. In states that conduct toxicology exams after fatal collisions, researchers have found that the number of deaths related to drugged driving in the U.S. rose from 16 percent of all traffic fatalities in 1999 to 28 percent in all traffic fatalities in 2010.

Motorists who are high on cocaine or methamphetamines can be antagonistic, careless drivers, while many sedatives can cause dizziness and fatigue. More obscure concoctions with street names like “spice” and “bath salts” can have unpredictable and dangerous effects including psychotic and violent behavior. Drugged driving is a growing threat and a genuine safety concern to anyone and everyone who travels on California’s boulevards and freeways.

How Widespread is the Problem?

The National Institute on Drug Abuse conducted a survey in 2013, and 9.9 million drivers admitted in that survey that they drove under the influence of drugs at some point during the preceding year. Do not be one of those drivers. Anyone facing a DUI or DUID charge is facing a genuine threat to his or her freedom and future. Those who face any DUI or DUID charge in the state of California must retain the advice and services of an experienced California DUI & DUID lawyer immediately.

It’s a cliché to say that the baby boomer generation is aging, but it means that more drivers today are using prescription medications. Marijuana is legal for medicinal use and for recreational use in California. Clearly, drugged driving is a growing problem and risk for a number of reasons. Parents, schools, and the media all have an important role to play in raising our awareness of the danger of driving under the influence of drugs.

Technology may or may not be able of help soon. A number of tech firms are trying to develop a “marijuana breathalyzer” that can actually measure marijuana intoxication levels, but it hasn’t happened yet. Police officers will need better training in the future to identify drugged drivers, and lawmakers will need to bring DUI and DUID laws up-to-date to reflect both the increasing risk to the public as well as the advancing science and technology linked to driving under the influence of drugs.